THE NORTH POLAR REGION. , ? ! ? t ' ' ' ' ; ? Map Showings the Earth's Surface at the Arctic Circle with Former Explorations, the Track of the Hall Expedition and the Drift of Tyson's Party on the Ice. Lou?. of Qrecnwich Horlli Devon gOCW** ID tBooUila f?cla Sir. V rot i*o* cnAyxEL i| HUDSON 1ABRADO THE POLARIS. History of the Expedition in the Polar Set?Why It Failed. 1 ? ? The Mystery of the Death of Captain Hall. WAS HE POISONED! Significant Statements by the Esqui maux?Quarrels on Board. TH? STORY OF THE DRIFT. Graphic Recital of the Six Months on an Ice-Floe. ABAIDOIEB BT ALL SAVE GOD. Ifae ftficDc by the Tigreu?Reception in . St. J?lni?Scientific Remits. 8t. Johns, N. F., May 14, 1873. The departure of the Polaris expedition, un." rier the command or Captain Ball, in the year'' 1871, is a fact well known, as also her visit to this port in J mj of that year and her departure hence In the same month for Qrecnland, preparatory to tier final departure for the Arctic regions. After taking additional supplies from the United states steamship Congress, at Pisco, she sailed to tfper navlk. Ia August CaDtala nail sent his adieu to civilization from Tusslsack, and from that time the Polaris was not heard from until now?May, 1673. THE LONG 8CSPENSE. Notwithstanding that almost Innumerable ru mors had become disseminated, through the me dium of Scotch and Danish vessels, as to the fate and fortune of the Polaris, it is now an unde niable fact that from her departure in 1971, op to May, 1873?a period or nearly two year^no authentic report of her condition or prog ress had reached the civilized world. That information Is now announced from the III and of Newfoundland; for. on the 30th day of April, A. D. 1873, the steamship Ugl-ess, owned by Messrs. Harvey A Co. of this port, whlM en gaged In tire prosecution of the Newfoundland seal fishery In the latitude ?3 1 north providen tially steamed In a dense fog upon a floe oi Ice, which proved to be the some time habitation (actually) ofhlneteen living human oreatures of the Arctic steamship PolarK who had arrived thus far south by the agency, though at the bitter mercy of the wtmls, waves, storms and frozen con vulsions of the Northern Atlantic Ocean. They had drifted on a scanty surface of Ice and beyond the sight of land l,6oo miles during the Winter months, without food or clothing to be tolerated by ordinary mortals. But a further description of these ravages of dire necessity anon. The famously rugged and Inhospitable rocky coasts of Newfound land proved a safe and acceptable asylum to these unrivalled denizens of Polarity. TRUTH STRANGER THAN FICTION. That nineteen souls, several of them children, and one only born Into this world bat a few few days before, shoild exist on drifting ice for six months, resting open an ocean of proverbial uncer tainty, now placidly reposing in perfeet calm, now laahed Into more than demoniacal fury by the maddening drafts and currents of Polar regions, and constantly situated In opposition with lnev Kabls destruction from bergs and wildly careering maintains and gelds. Impelled by varlefna in flueacea. is almost incredible enough to be re yarded as beyond the scope or purely human ex periment. Certainly we must recognize In this miraculous surviving not only the favorable coincidence of circumstances, but, beyond that, the merciful and restraining hand of a watchful aud beneficent Providence. Captain Hall died on the 9th day of November, A. D., 1871, or the first Winter after hla arrival North. From this point the expedition loses al most all interest, regarded from a scientific point of view or in respect of Its legitimate and only object. Its subsequent history consists of a col lection of facts and experiences, forming a narra tive almost Impossible to believe. No discriminating man would wonder that if any two persons (both, perhaps, reliable in point of veracity) should relate their experiences of feet in a widely different manner, some discrepancies capable of being substantially reconciled should be found. It would be much less a matter of aston ishment that their statements, when involving an effort of judgment rather than memory, should so widely diverge as to be Inconsistent and untrust worthy. But when such a period as six months is the subject of comment and recapitulation, with nineteen Individuals of different capabilities and disposition* and habits of reflection, what wonder if much that one relates la omitted by another, or that widely different Inferences should be deduced from identical facts, and especially when there may possibly exist an undiscovered variety of In terests ? 16s probable, therefore, that aome strik ing inconsistencies may be discovered In thia account. TRK BXTKDTTTOW STARTS. The first period la this expedition, and that of prime importance to those interested In Its his tory, is that from Its entrance lato the Danish waters to Captain Hall's decease, in November, 1871. The main facts of that period may be thus condensed, masmach as, so lar as they go, no fllfltereaee of opinion Is apparent After Tearing St John's, Newfoundland, the Pol aris visited the Danish s^tucnenw on the cwt ooiut or Greenland?Disco, FlskernacH, Holsteln burg, Apornavick and Proven. She called at Flsk ernaes on or about July 30,1871, to take on board Hans Christian (Esquimaux), wife and family, but

Other newspapers of the same day 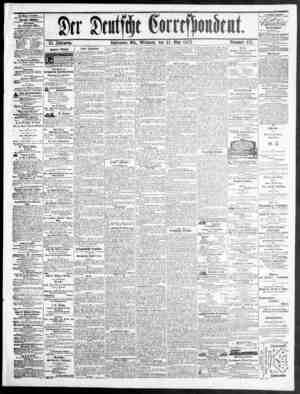 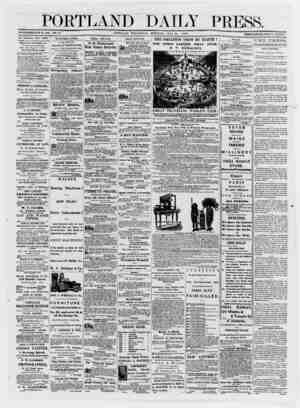 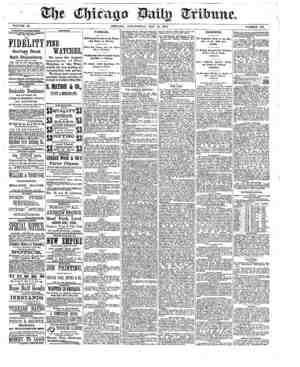 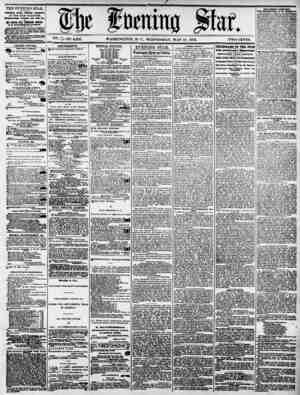 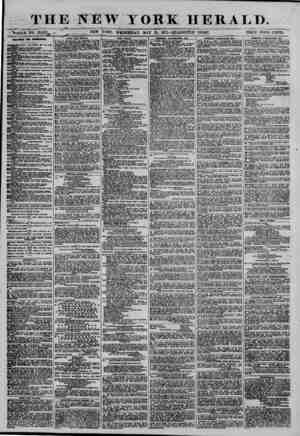 Other pages from this issue:

For all support, inquiry and suggestion messages iletisim@gastearsivi.com