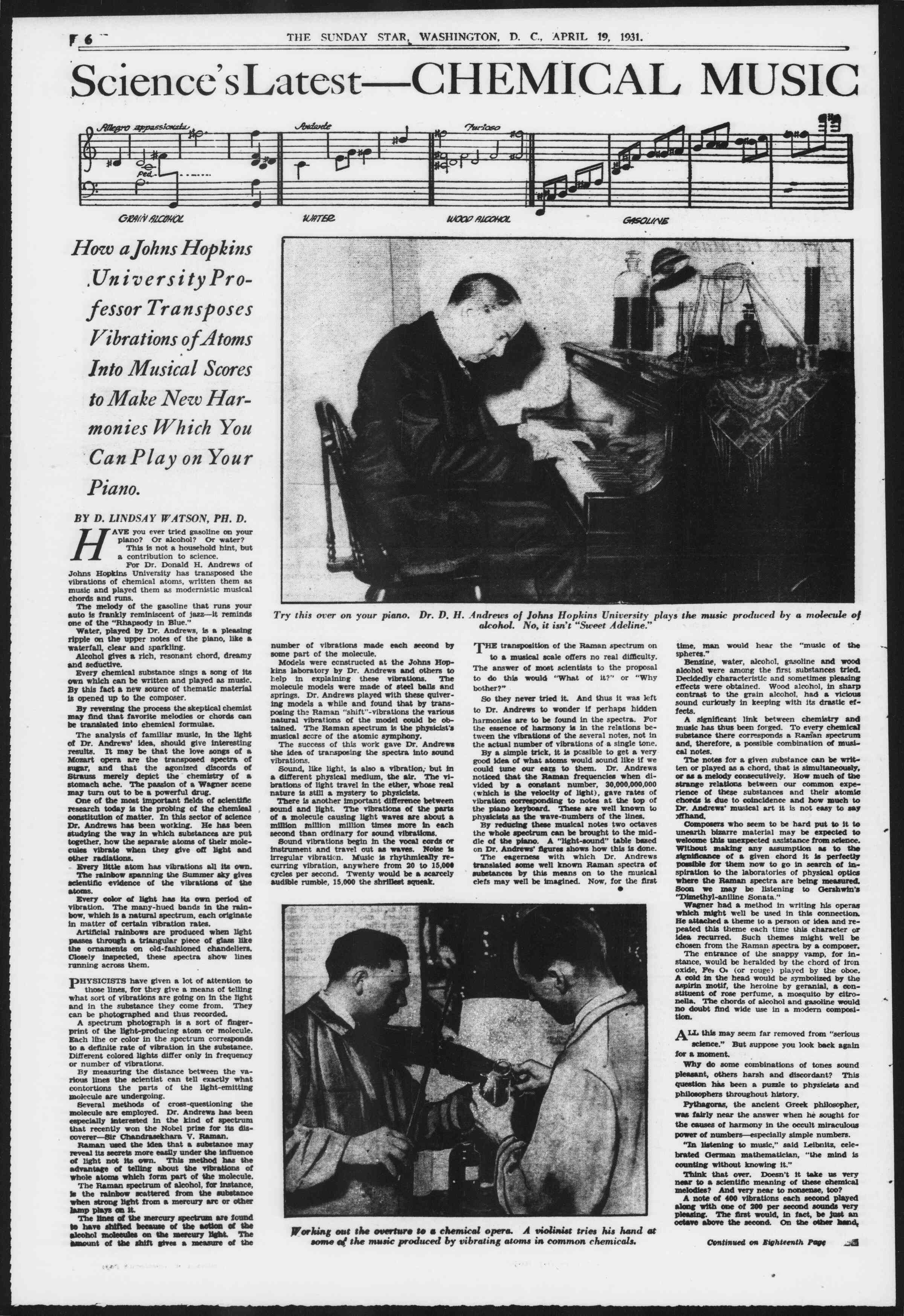 6 Science’s Latest—CHEMICAL MUSIC 1 - -1-gfT * > ~lLt jJ S jg3=i9j: =§H =B==l [» H r il r IjrT I I I OmVJIMX UJffTEg. kVOPfiJCOMZ. * GfSOJJ/VE How a Johns Hopkins . Un ivers i ty Pro fessor Transposes Vibrations of Atoms Into Musical Scores to Make New Har monies Which You Can Play on Your Piano. BY D. LINDSAY WATSON , PH. D. ~W" y AVE you ever tried gasoline on your ## piano? Or alcohol? Or water? m M This is not a household hint, but JL JL a contribution to science. For Dr. Donald H. Andrews of Johns Hopkins University has transposed the vibrations of chemical atoms, written them as music and played them as modernistic musical chords and runs. The melody of the gasoline that runs your auto is frankly reminiscent of jazz—it reminds one of the “Rhapsody in Blue.” Water, played by Dr. Andrews, is a pleasing ripple on the upper notes of the piano, like a waterfall, clear and sparkling. Alcohol gives a rich, resonant chord, dreamy and seductive. Every chemical substance sings a song of its own which can be written and played as music. By this fact a new source of thematic material is opened up to the composer. By reversing the process the skeptical chemist may find that favorite melodies or chords can be translated into chemical formulae. The analysis of familiar music, in the light of Dr. Andrews’ idea, should give interesting results. It may be that the love songs of a Mozart opera are the transposed spectra of sugar, and that the agonized discords of Strauss merely depict the chemistry of a stomach ache. The passion of a Wagner scene may turn out to be a powerful drug. One of the most important fields of scientific research today is the probing of the chemical constitution of matter. In this sector of science Dr. Andrews has been working. He has been studying the way in which substances are put together, how the separate atoms of their mole cules vibrate when they give off light and other radiations. Every little atom has vibrations all its own. The rainbow spanning the Summer sky gives scientific evidence of the vibrations of the atoms. Every color of light has its own period of vibration. The many-hued bands in the rain bow, which is a natural spectrum, each originate in matter of certain vibration rates. Artificial rainbows are produced when light passes through a triangular piece of glass like the ornaments on old-fashioned chandeliers. Closely inspected, these spectra show lines running across them. T3HYSICISTS have given a lot of attention to those lines, for they give a means of telling what sort of vibrations are going on in the light and in the substance they come from. They can be photographed and thus recorded. A spectrum photograph is a sort of finger print of the light-producing atom or molecule. Each lihe or color in the spectrum corresponds to a definite rate of vibration in the substance. Different colored lights differ only in frequency or number of vibrations. By measuring the distance between the va rious lines the scientist can tell exactly what contortions the parts of the light-emitting molecule are undergoing. Several methods of cross-questioning the molecule are employed. Dr. Andrews has been especially Interested In the kind of spectrum that recently won the Nobel prize for Its dis coverer—Sir Chandrasekhara V. Raman. Raman used the idea that a substance may reveal its secrets more easily under the influence of light not its own. This method has the advantage of telling about the vibrations of whole atoms which form part of the molecule. The Raman spectrum of alcohol, for instance, Is the rainbow scattered from the substance when strong light from a mercury arc or ether lamp {days on it. The fines of the mercury spectrum are found la have shifted because of the eotJon et the alcohol moleenVe on the mercury fight The ammunt of the shift gives a measure of the THF. SUNDAY STAR, WASHINGTON, D. C„ APRIL IS. 1931. ■ —.■".y.l ■■!■■ ■ —y—————,— , ——mm ffiJ | JEk JMmk • B'HS fiJIJI f&w&WL 811 ' Br;' -.vw.-l « | .:; ■■ m Jfc. Bp jft.-. JUB lUI Try this aver on your piano. Dr. D. H. Andrews of Johns Hopkins University plays the music produced by a molecule of alcohol. No, it isn't “Sweet Adeline .” number of vibrations made each second by some part of the molecule. Models were constructed at the Johns Hop kins laboratory by Dr. Andrews and others to help in explaining these vibrations. The molecule models were made of steel balls and springs. Dr. Andrews played with these quiver ing models a while and found that by trans posing the Raman “shift”-vibrations the various natural vibrations of the model could be ob

tained. The Reman spectrum is the physicist's musical sccre of the atomic symphony. The success of this work gave Dr. Andrews the idea of transposing the spectra into sound vibrations. Sound, like light, is also a vibration,- but in a different physical medium, the air. The vi brations of light travel in the ether, whose real nature is still a mystery to physicists. There is another Important difference between sound and light. The vibrations of the parts of a molecule causing light waves are about a minion million million times more In each second than ordinary for sound vibrations. Sound vibrations begin in the vocal cords or instrument and travel out aa waves. Noise Is irregular vibration. Music is rhythmically re curring vibration, anywhere from 20 to 15,000 cycles per second. Twenty would be a scarcely audible rumMe, 15,000 the shrillest squeak. t - — ~T^nH|^Hni«annu |pHH| Working out the overturn to m chemical opera. A violinist tries his hand at some of the music produced by vibrating atoms in common chemicals. r JpHE transposition of the Raman spectrum on to a musical scale offers no real difficulty. The answer of most scientists to the proposal to do this would “What of it?’’ or “Why bother?” So they never tried It. And thus it was left to Dr. Andrews to wonder if perhaps hidden harmonies are to be found in the spectra. For the essence of harmony is in the relations be tween the vibrations of the several notes, not in the actual number of vibrations of a single tone. By a simple trick, it is possible to get a very good idea of what atoms would sound like if we could tune our ears to them. Dr. Andrews noticed that the Raman frequencies when di vided by a constant number, 30,000,000,000 (which is the velocity of light), gave rates of vibration corresponding to notes at the top of the piano keyboard. These are well known to physicists as the wave-numbers of the lines. By reducing these musical notes two octaves the whole spectrum can be brought to the mid dle of the piano. A “light-sound’’ table based on Dr. Andrews’ figures shows how this is done. The eagerness with which Dr. Andrews translated some well known Raman spectra of substances by this means on to the musical clefs may well be imagined. Now, for the first time, man would hear the "music of the spheres." Benzine, water, alcohol, gasoline and wood alcohol were among the first substances tried. Decidedly characteristic and sometimes pleasing effects were obtained. Wood alcohol, in sharp contrast to the grain alcohol, had a rlclous sound curiously in keeping with its drastic ef fects. A significant link between chemistry and music has thus been forged. To every chemical substance there corresponds a Raman spectrum and, therefore, a possible combination of musi cal notes. The notes for a given substance can be writ ten or played as a chord, that is simultaneously, or ss a melody consecutively. How much of the strange relations between our common expe rience of these substances and their atomic chords is due to coincidence and how much to Dr. Andrew*’ musical art it is not easy to say >ffhand. Composers who seem to be hard put to it to unearth bizarre material may be expected to welcome this unexpected assistance from science. Without making any assumption as to the significance of a given chord it Is perfectly possible for them now to go in search of in spiration to the laboratories of physical optics where the Raman spectra are being measured. Soon we may be listening to Gershwin’s "Dimethyl-aniline Sonata." Wagner had a method in writing his operas which might well be used in this connection. He attached a theme to a person or idea and re peated this theme each time this character or idea recurred. Such themes might well be chosen from the Raman spectra by a composer. The entrance of the snappy vamp, for in stance, would be heralded by the chord of iron oxide, Fe» O* (or rouge) played by the oboe. A cold In the head would be symbolized by the aspirin motif, the heroine by ger&nial, a con stituent of rose perfume, a mosquito by dtro neila. The chords of alcohol and gasoline would no doubt find wide use in a modern composi tion. this may seem far removed from "serious science.” But suppose you look back again for a moment. Why do some combinations of tones sound pleasant, others harsh and discordant? This question has been a puzzle to physicists and philosophers throughout history. Pythagoras, the ancient Greek philosopher, was fairly near the answer when he sought for the causes of harmony in the occult miraculous power of numbers—especially simple numbers. "In listening to music," said Leibnitz, cele brated German mathematician, "the mind is counting without knowing it." Think that over. Doesn't It take us very near to a scientific meaning of these chemical melodies? And very near to nonsense, too? A note of 400 vibrations each second played along with one of 300 per second sounds very pleasing. The first would. In fact, be Just an octave above the second. On the other hand. Continued on Eighteenth Pugg 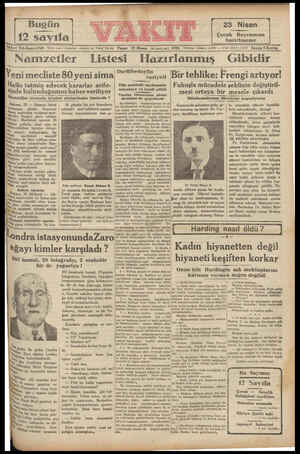 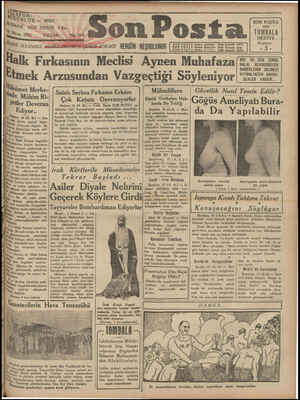 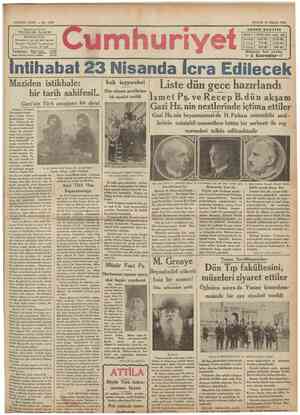 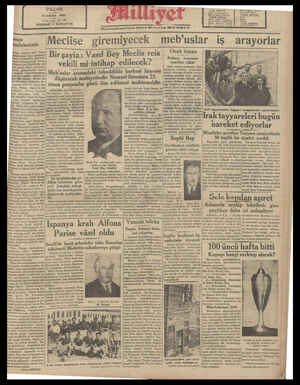 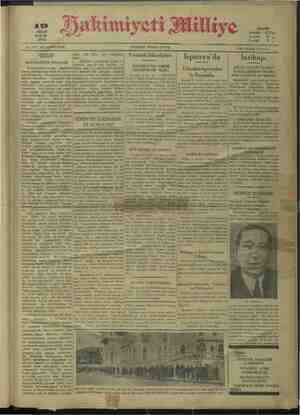 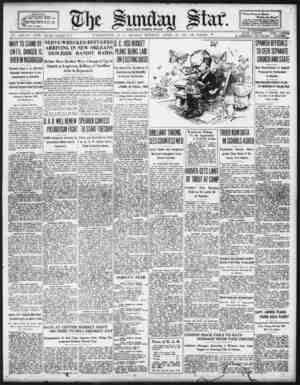