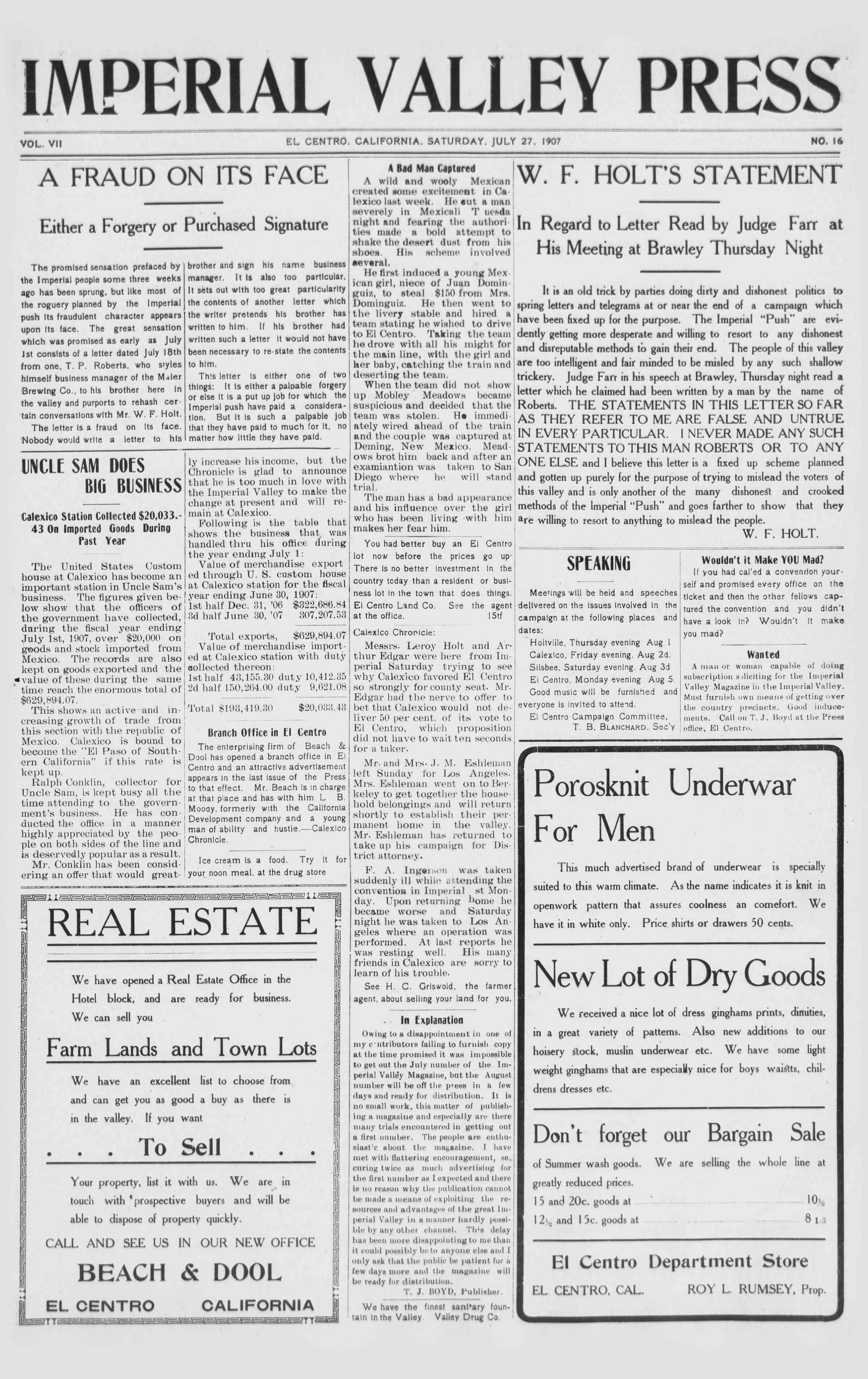 Imperial Valley Press. VOL. VII A FRAUD ON ITS FACE Either a Forgery or Purchased Signature The promised sensation prefaced by the Imperial people some three weeks ago has been sprung, but like most of the roguery planned by the Imperial push Its fraudulent character appears upon Its face. The great sensation which was promised as early as July Ist consists of a letter dated July 18th from one. T. P. Roberts, who styles himself business manager of the NUier Brewing Co., to his brother here In the valley and purports to rehash cer tain conversations with Mr. W. F. Holt. The letter Is a fraud on Its face. Nobody would write a letter to his UNCLE SAM DOES BIG BUSINESS Calexico Station Collected $20,033. 43 On Imported Goods During Past Year The United States Custom house at Calexico has become an important station in Uncle Sam's business. The figures given be low show that the officers of the government have collected, during the fiscal year ending July Ist, 1907, over $20,000 on goods and stock imported from Mexico. The records are also kept on goods exported and the Rvalue of these during the same time reach the enormous total of • $629,894.07. This shows an active- and in creasing growth of trade from this section with the republic of Mexico. Calexico is bound to become the "El Paso of South ern California" if this rate is kept up. Ralph Conklin, collector for Uncle Sam, is kept busy all the time attending to the govern ment's business. He has con ducted the office in a manner highly appreciated by the peo ple on both sides of the line and is deservedly popular as a result. Mr. Conklin has been consid ering an offer that would great REAL ESTATE We have opened a Real Estate Office in the Hotel block, and are ready for business. We can sell you . . . Farm Lands and Town Lots We have an excellent list to choose from and can get you as good a buy as there is in the valley. If you want . . . To Sell . . . Your property, list it with us. We are in touch with prospective buyers and will be able to dispose of property quickly. CALL AND SEE US IN OUR NEW OFFICE BEACH & DOOL EL CENTRO CALIFORNIA EL CENTRO. CALIFORNIA. SATURDAY, JULY 27. 1907 brother and sign his name business manager. It Is also too particular. It sets out with too great particularity the contents of another letter which the writer pretends his brother has written to him. If his brother had written such a letter It would not have been necessary to re-state the contents to him. This letter Is either one of two things: It Is either a palpable forgery or else It Is a put up job for which the Imperial push have paid a considera tion. But It Is such a palpable job that they have paid to much for It, no matter how little they have paid. ly increase his income, but the Chronicle is glad to announce that he is too much in love with the Imperial Valley to make the change at present and will re main at Calexico. Following is the table that shows the business that was handled thru his office during the year ending July 1 : Value of merchandise export ed through U. S. custom house at Calexico station for the fiscal year ending June 30, 1907: Ist half Dec. 31, '06 $322,686.84 3d half June 30, '07 307,207.53 Total exports, $629,894.07 Value of merchandise import ed at Calexico station with duty collected thereon: Ist half 43,155.30 duty 10,412.35 2d half 150,264.00 duty 9,621.08 Total $193,419.30 $20,033.43 Branch Office in El Centro The enterprising firm of Beach & Dool has opened a branch office in El Centro and an attractive advertisement appears in the last issue of the Press to that effect. Mr. Beach Is in charge at that place and has with him L B. Mooay. formerly with the California Development company and a young man of ability and hustle. — Calexico Chronicle. Ice cream Is a food. Try it for your noon meal, at the drug store A Bad Man Captured A wild and wooly Mexican created Home excitement in Ca lexico last week. He cut a man severely in Mexicali T ue^da night and fearing the authori ties made a bold attempt to shake the desert dust from his shoes. His scheme involved several. He first induced a young Mex ican girl, niece of Juan Domin guiz, to steal $150 from Mrs. Dominguiz. He then went to the livery stable and hired a team stating he wished to drive to El Centro. Taking the team he drove with all his might for the main line, with the girl and her baby, catching the train and deserting the team. When the team did not show up Mobley Meadows became suspicious and decided that the team was stolen. H« immedi ately wired ahead of the train

and the couple was captured at Deming, New Mexico. Mead ows brot him back and after an examiantion was taken to San Diego where he will stand trial. The man has a bad appearance and his influence over the girl who has been living with him makes her fear him. You had better buy an El Centro lot now before the prices go up* There is no better investment In the country today than a resident or busi ness lot in the town that does things. El Centro Land Co. See the agent at the office. 15tf Calexlco Chronicle: Messrs. Leroy Holt and Ar thur Edgar were here from Im perial Saturday trying to see why Calexlco favored El Centro so strongly for county seat. Mr. Edgar had the nerve to offer to bet that Calexico would not de liver 50 per cent, of its vote to El Centro, which proposition did not have to wait ten seconds for a taker. Mr. and Mrs- J. M. Eshleman left Sunday for Los Angeles. Mrs. Eshleman went on to Ber keley to get together the house hold belongings and will return shortly to establish their per manent home in the valley. Mr. Eshleman lias returned to take up his campaign for Dis trict attorney. F. A. Ingeison was taken suddenly ill while attending the convention in Imperial st Mon day. Upon returning hh O me he became worse and Saturday night he was taken to Los An geles where an operation was performed. At last reports he was resting well. His many friends in Calexico are sorry to learn of his trouble. See H. C. Criswold. the farmer agent, about selling your land for you. . In Explanation Owing to a disappointment in one of my contributors failing to furnish copy at the time promised it was impossible to get out the July number of the Im perial Valley Magazine, but the August number will be off the press in a few days and ready for distribution. It is no small work, this mutter of publish ing a magazine and especially are there many trials encountered iii getting out a first number. The people are enthu siastic about the magazine. I have met with flattering encouragement, se,. curing twice as much advertising for the first number as I expected and there is no reason why tin* publication cannot be made a means of exploiting the re sources and advantages of the great Im perial Valley in a manner hardly pobßi ble by any other channel. Tit's delay lias been more disappointing to me than it could possibly be to anyone else and I only ttsk that the public be patient for a few days more and the magazine will be ready for distribution. T. J. BOYD, Publisher. We have the finest sanl*ary foun tain In the Valley. Valley Drug Co. W. F. HOLT'S STATEMENT In Regard to Letter Read by Judge Farr at His Meeting at Brawley Thursday Night It is an old trick by parties doing dirty and dishonest politics to spring letters and telegrams at or near the end of a campaign which have been fixed up for the purpose. The Imperial "Push" are evi dently getting more desperate and willing to resort to any dishonest and disreputable methods to gain their end. The people of this valley are too intelligent and fair minded to be misled by any such shallow trickery. Judge Farr in his speech at Brawley, Thursday night read a letter which he claimed had been written by a man by the name of Roberts. THE STATEMENTS IN THIS LETTER SO FAR AS THEY REFER TO ME ARE FALSE AND UNTRUE IN EVERY PARTICULAR. I NEVER MADE ANY SUCH STATEMENTS TO THIS MAN ROBERTS OR TO ANY ONE ELSE and I believe this letter is a fixed up scheme planned and gotten up purely for the purpose of trying to mislead the voters of this valley and is only another of the many dishonest and crooked methods of the Imperial "Push" and goes farther to show that they a re willing to resort to anything to mislead the people. W. F. HOLT. SPEAKING MeeMngs •will be held and speeches delivered on the Issues Involved in the campaign at the following places and dates: Holtville, Thursday evening Aug I Calexico, Friday evening. Aug 2d. . Silsbee, Saturday evening, Aug 3d El Centro, Monday evening Aug 5. Good music will be furnished and everyone Is invited to attend. El Centro Campaign Committee. T. B. Blanchard, Secy Porosknit Underwar For Men This much advertised brand of underwear is specially suited to this warm climate. As the name indicates it is knit in openwork pattern that assures coolness an comefort. We have it in white only. Price, shirts or drawers 50 cents. New Lot of Dry Goods We received a nice lot of dress ginghams prints, dimities, in a great variety of patterns. Also new additions to our hoisery slock, muslin underwear etc. We have some light weight ginghams that are especialiy nice for boys waislts, chil- drens dresses etc. Don't forget our Bargain Sale of Summer wash goods. We are selling the whole line at greatly reduced prices. 15 and 20c. goods at * 10^ 1 2y % and 1 sc. goods at 8 i;j El Centro Department Store EL CENTRO, CAL. ROY L RUMSEY, Prop. Wouldn't it Make YOU Mad? If you had cal'ed a convenclon your self and promised every office on the ticket and then the other fellows cap tured the convention and you didn't have a look In? Wouldn't it make you mad? Wanted A man or woman capable of doing subscription soliciting for the Imperial Valley Magazine in tlie Imperial Valley. Must furnish own nieany of getting over the country precincts. Good induce ments. Call on T. J. Boyd at the Press office, El Centro. NO. 16 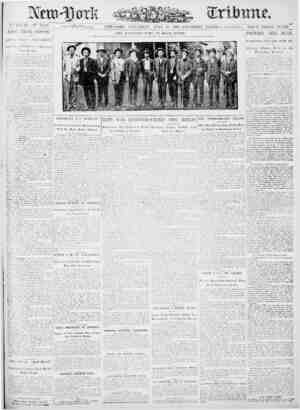 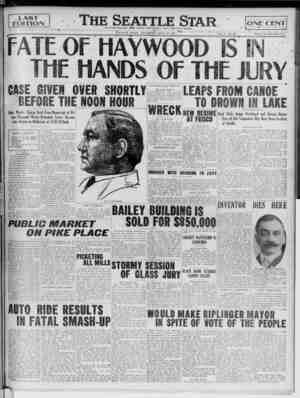 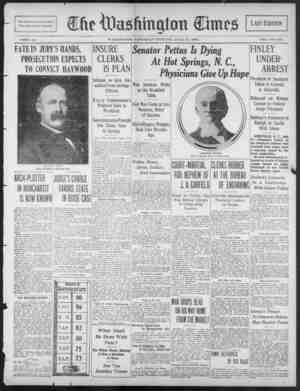 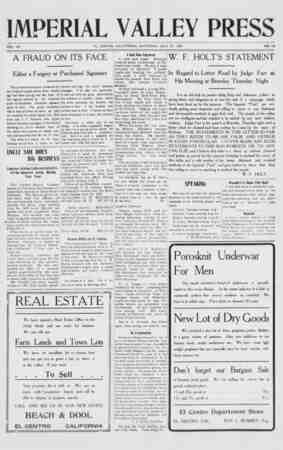 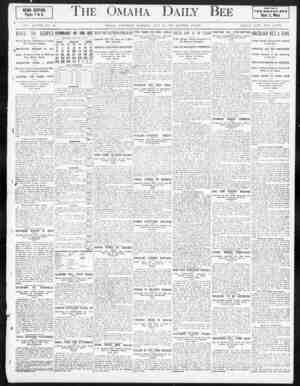 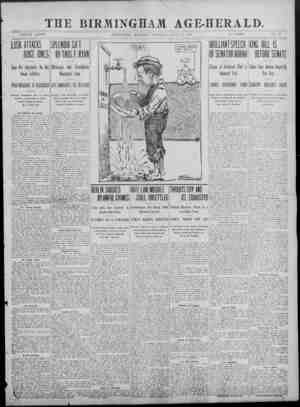 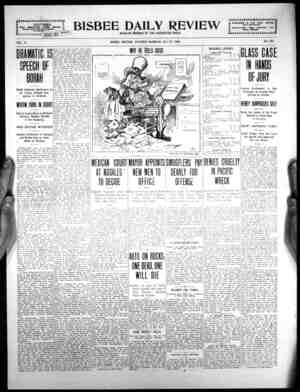