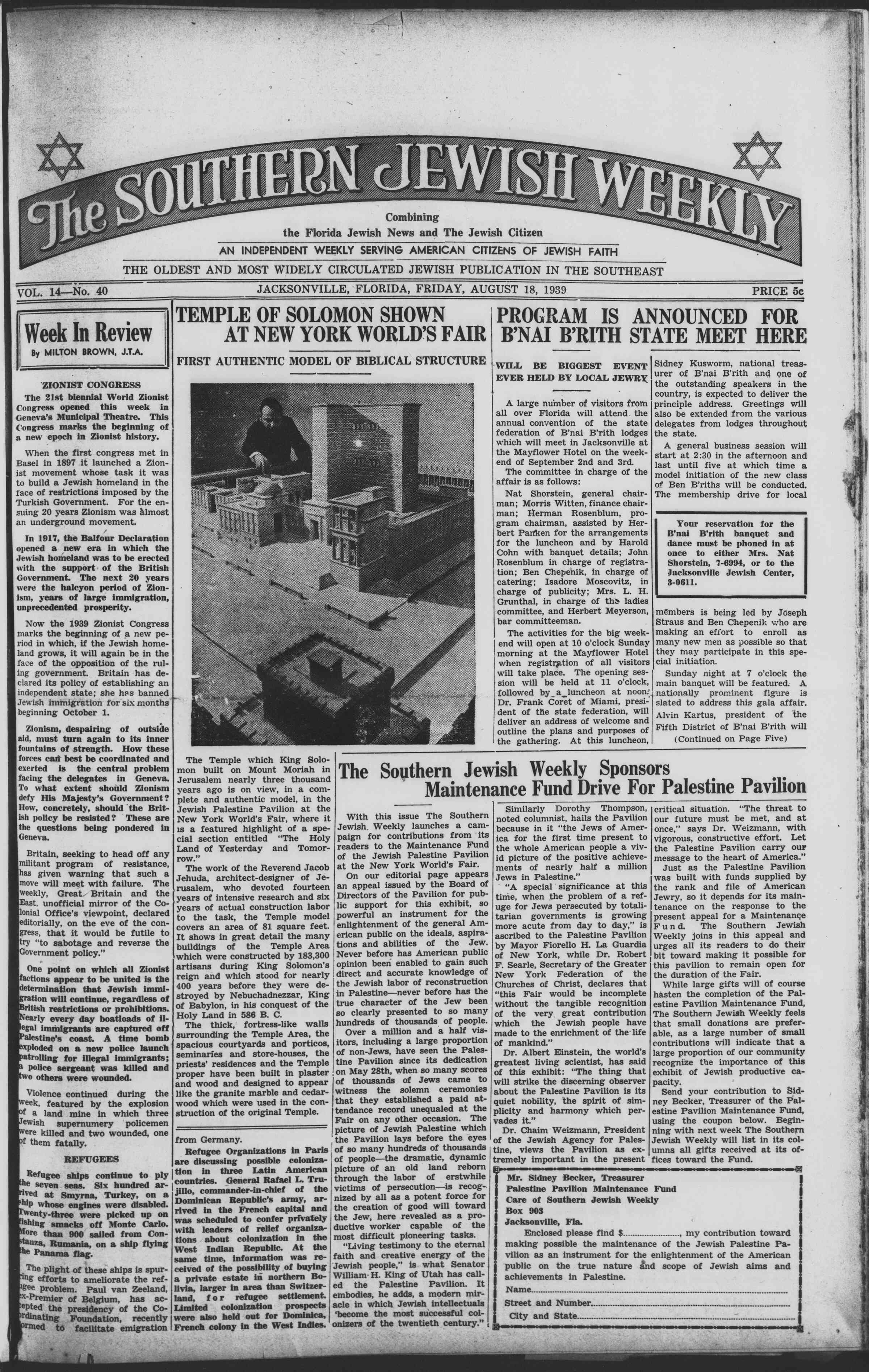 an INDEPENDENT WEEKLY SERVING AMERICAN CITIZENS OF JEWISH FAITH B THE OLDEST AND MOST WIDELY CIRCULATED JEWISH PUBLICATION IN THE SOUTHEAST VOL. 14—No. 40 Week In Review By MILTON BROWN. J.T.A. ZIONIST CONGRESS The 21st biennial World Zionist Congress opened this week in Geneva's Municipal Theatre. This Congress marks the beginning of a new epoch in Zionist history. When the first congress met in Basel in 1897 it launched a Zion ist movement whose task it was to build a Jewish homeland in the face of restrictions imposed by the Turkish Government. For the en suing 20 years Zionism was klmost an underground movement. In 1917, the Balfour Declaration opened a new era in which the Jewish homeland was to be erected with the support of the British Government. The next 20 years were the halcyon period of Zion ism, years of large immigration, unprecedented prosperity. Now the 1939 Zionist Congress marks the beginning of a new pe riod in which, if the Jewish home land grows, it will again be in the face of the opposition of the roil ing government. Britain has de clared its policy of establishing an independent state; she has banned Jewish immigration for six months beginning October 1. Zionism, despairing of outside aid, must turn again to its inner fountains of strength. How these forces cait best be coordinated and exerted is the central problem facing the delegates in Geneva. To what extent should Zionism defy His Majesty’s Government? How, concretely, should the Brit ish policy be resisted? These are the questions being pondered in Geneva. Britain, seeking to head off any militant program of resistance, has given warning that such a move will meet with failure. The weekly, Great.' Britain and the East, unofficial mirror of the Co lonial Office’s viewpoint, declared editorially, on the eve of the con gress, that it would be futile to try “to sabotage and reverse the Government policy.” © " One point on which all Zionist factions appear to be united is the determination that Jewish immi gration will continue, regardless of British restrictions or prohibitions. Nearly every day boatloads of il egal immigrants are captured off Palestine’s coast. A time bomb exploded on a new police launch patrolling for illegal immigrants; a police sergeant was killed and iwo others were wounded. Violence continued during the We ek, featured by the explosion a land mine in which three Jewish supemumery policemen were killed and two wounded, one them fatally. REFUGEES Refugee ships continue to ply the seven seas. Six hundred ar rived at Smyrna, Turkey, on a J hip whose engines were disabled, twenty-three were picked up on •shing smacks off Monte Carlo. than 900 sailed from Con ‘tanza, Rumania, on a ship flying he Panama flag. . The plight of these ships is spur "lng efforts to ameliorate the ref ugee problem. Paul van Zeeland, of Belgium, has ac :e Pted the presidency of the Co rdinating Foundation, recently iP r med to facilitate emigration TEMPLE OF SOLOMON SHOWN AT NEW YORK WORLD’S FAIR FIRST AUTHENTIC MODEL OF BIBLICAL STRUCTURE i ~ ... sbHßi HL fUn <4:l The Temple which King Solo mon built on Mount Moriah in Jerusalem nearly three thousand years ago is on view, in a com plete and authentic model, in the Jewish Palestine Pavilion at the New York World’s Fair, where it is a featured highlight of a spe cial section entitled “The Holy Land of Yesterday and Tomor row.” The work of the Reverend Jacob Jehuda, architect-designer of Je rusalem, who devoted fourteen years of intensive research and six years of actual construction labor to the task, the Temple model covers an area of 81 square feet. It shows in great detail the many buildings of the Temple Area which were constructed by 183,300 artisans during King Solomon’s reign and which stood for nearly 400 years before they were de stroyed by Nebuchadnezzar, King of Babylon, in his conquest of the Holy Land in 586 B. C. The thick, fortress-like walls surrounding the Temple Area, the spacious courtyards and porticos, seminaries and store-houses, the priests’ residences and the Temple proper have been built in plaster and wood and designed to appear like the granite marble and cedar wood which were used in the con struction of the original Temple. from Germany. Refugee Organizations in Paris f are discussing possible coloniza tion in three Latin American ; countries. General Rafael L. Tru- j jillo, commander-in-chief of the Dominican Republic’s army, ar rived in the French capital and was scheduled to confer privately with leaders of relief organiza tions about colonization in the West Indian Republic. At the same time, information was re ceived of the possibility of buying a private estate in northern Bo livia, larger in area than Switzer land, for refugee settlement. Limited colonization prospects were also held out for Dominica, French colony in the West Indies. JACKSONVILLE, FLORIDA, FRIDAY, AUGUST 18, 1939 The Southern Jewish Weekly Sponsors Maintenance Fund Drive For Palestine Pavilion With this issue The Southern Jewish. Weekly launches a cam paign for contributions from its readers to the Maintenance Fund of the Jewish Palestine Pavilion at the New York World’s Fair. On our editorial page appears an appeal issued by the Board of Directors of the Pavilion for pub lic support for this exhibit, so powerful an instrument for the enlightenment of the general Am erican public on the ideals, aspira tions and abilities of the Jew. Never before has American public opinion been enabled to gain such direct and accurate knowledge of the Jewish labor of reconstruction in Palestine —never before has the true character of the Jew been so clearly presented to so many hundreds of thousands of people. Over a million and a half vis itors, including a large proportion of non-Jews, have seen the Pales tine Pavilion since its dedication

on May 28th, when so many scores of thousands of Jews came to witness the solemn ceremonies that they established a paid at tendance record unequaled at the Fair on any other occasion. The picture of Jewish Palestine which the Pavilion lays before the eyes of so many hundreds of thousands ! of people —the dramatic, dynamic picture of an old land reborn 'through the labor of erstwhile victims of persecution —is recog nized by all as a potent force for the creation of good will toward the Jew, here revealed as a pro ductive worker capable of the most difficult pioneering tasks. “Living testimony to the eternal faith and creative energy of the Jewish people,” is what Senator William H. King of Utah has call ed the Palestine Pavilion. It embodies, he adds, a modern mir acle in which Jewish intellectuals ‘become the most successful col onizers of the twentieth century.” PROGRAM IS ANNOUNCED FOR B’NAI B’RITH STATE MEET HERE WILL BE BIGGEST EVENT EVER HELD BY LOCAL JEWRY A large number of visitors from all over Florida will attend the annual convention of the state federation of B’nai B’rith lodges which will meet in Jacksonville at the Mayflower Hotel on the week end of September 2nd and 3rd. The committee in charge of the affair is as follows: Nat Shorstein, general chair man; Morris Witten, finance chair man; Herman Rosenblum, pro gram chairman, assisted by Her bert Partken for the arrangements for the luncheon and by Harold Cohn with banquet details; John Rosenblum in charge of registra tion; Ben Chepehik, in charge of catering; Isadore Moscovitz, in charge of publicity; Mrs. L. H. Grunthal, in charge of th» ladies committee, and Herbert Meyerson, bar committeeman. The activities for the big week end will open at 10 o’clock Sunday morning at the Mayflower Hotel when registration of all visitors will take place. The opening ses sion will be held at 11 o’clock, followed by _ a_lu.ncheon at noon: Dr. Frank Coret of Miami, presi dent of the state federation, will deliver an address of welcome and outline the plans and purposes of the gathering. At this luncheon, Similarly Dorothy Thompson, noted columnist, hails the Pavilion because in it “the Jews of Amer ica for the first time present to the whole American people a viv id picture of the positive achieve ments of nearly half a million Jews in Palestine.” “A special significance at this time, when the problem of a ref uge for Jews persecuted by totali tarian governments is growing more acute from day to day,” is ascribed to the Palestine Pavilion by Mayor Fiorello H. La Guardia of New York, while Dr. Robert F. Searle, Secretary of the Greater New York Federation of the Churches of Christ, declares that “this Fair would be incomplete without the tangible recognition of the very great contribution which the Jewish people have made to the enrichment of the life of mankind.” Dr. Albert Einstein, the world’s greatest living scientist, has said of this exhibit: “The thing that will strike the discerning observer about the Palestine Pavilion is its quiet nobility, the spirit of sim plicity and harmony which per vades it.” Dr. Chaim Weizmann, President of the Jewish Agency for Pales tine, views the Pavilion as ex tremely important in the present Mr. Sidney Becker, Treasurer Palestine Pavilion Maintenance Fund Care of Southern Jewish Weekly Box 903 Jacksonville, Fla. Enclosed please find $ , my contribution toward making possible the maintenance of the Jewish Palestine Pa vilion as an instrument for the enlightenment of the American public on the true nature mid scope of Jewish aims and achievements in Palestine. Name Street and Number. City and State : Sidney Kusworm, national treas urer of B’nai B’rith and one of the outstanding speakers in the country, is expected to deliver the principle address. Greetings will also be extended from the various delegates from lodges throughout the state. A general business session will start at 2:30 in the afternoon and last until five at which time a model initiation of the new class of Ben B’riths will be conducted. The membership drive for local Your reservation for the B'nai B’rith banquet and dance must be phoned in at once to either Mrs. Nat Shorstein, 7-6994, or to the ■Jacksonville Jewish Center, 3-0611. members is being led by Joseph Straus and Ben Chepenik who are making an effort to enroll as many new men as possible so that they may participate in this spe cial initiation. Sunday night at 7 o’clock the main banquet will be featured. A nationally prominent figure is slated to address this gala affair. Alvin Kartus, president of the Fifth District of B’nai B’rith will (Continued on Page Five) critical situation. “The threat to our future must be met, and at once,” says Dr. Weizmann, with vigorous, constructive effort. Let the Palestine Pavilion carry our message to the heart of America.” Just as the Palestine Pavilion was built with funds supplied by the rank and file of American Jewry, so it depends for its main tenance on the response to the present appeal for a Maintenanqe Fund. The Southern Jewish Weekly joins in this appeal and urges all its readers to do their bit toward making it possible for this pavilion to remain open for the duration of the Fair. While large gifts will of course hasten the completion of the Pal estine Pavilion Maintenance Fund, The Southern Jewish Weekly feels that small donations are prefer able, as a large number of small contributions will indicate that a large proportion of our community recognize the importance of this exhibit of Jewish productive ca pacity. Send your contribution to Sid ney Becker, Treasurer of the Pal estine Pavilion Maintenance Fund, using the coupon below. Begin ning with next week The Southern Jewish Weekly will list in its col umns all gifts received at its of fices toward the Fund. PRICE 5c 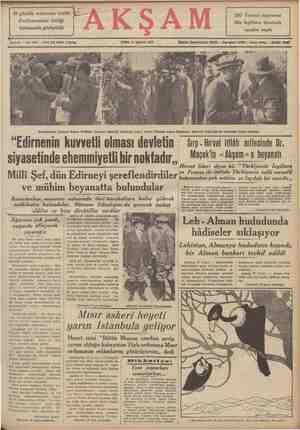 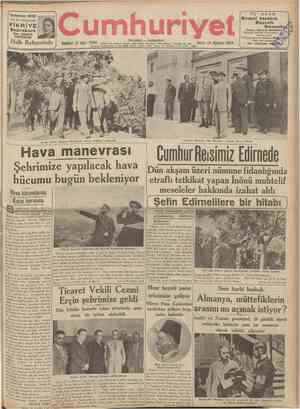 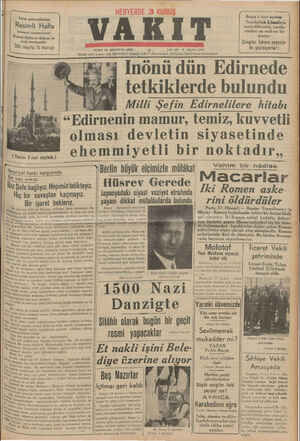 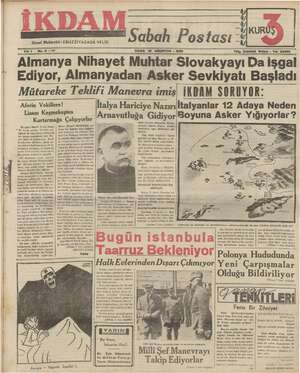 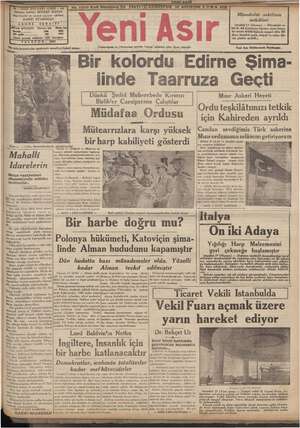 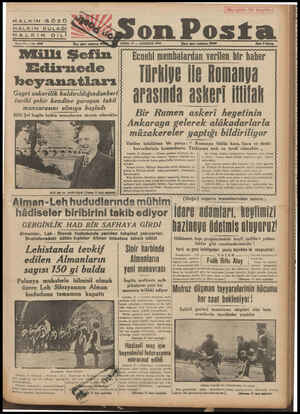 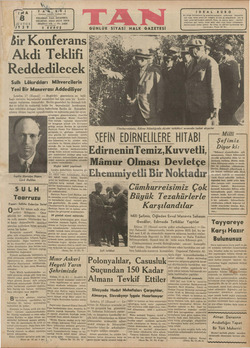 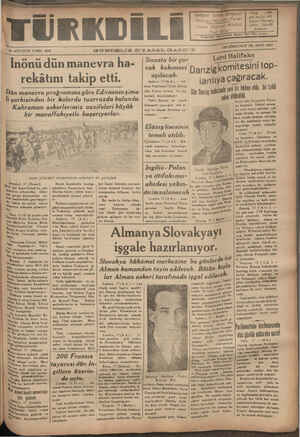 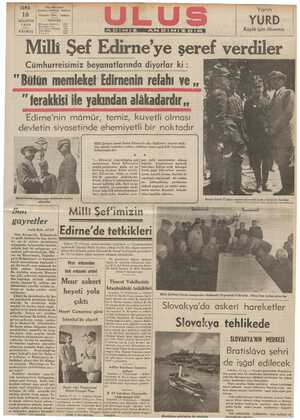 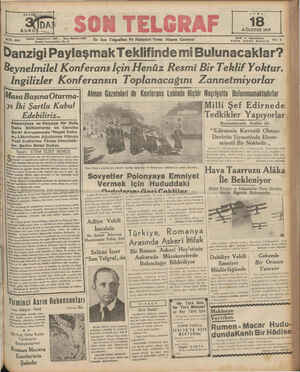 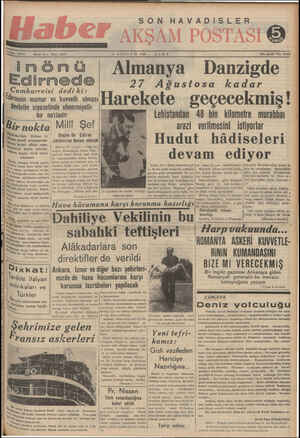 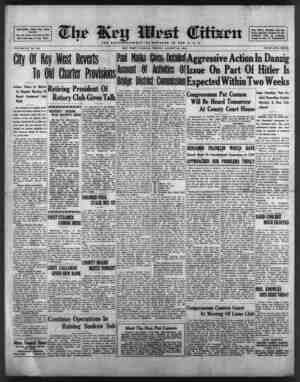 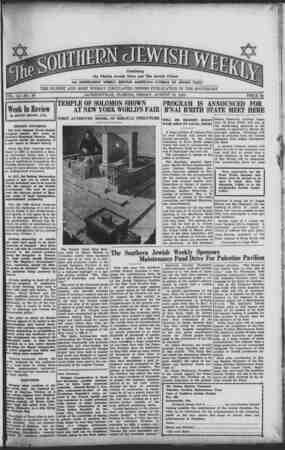 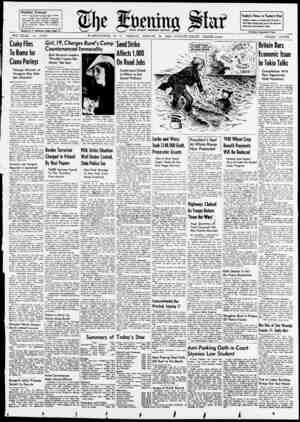