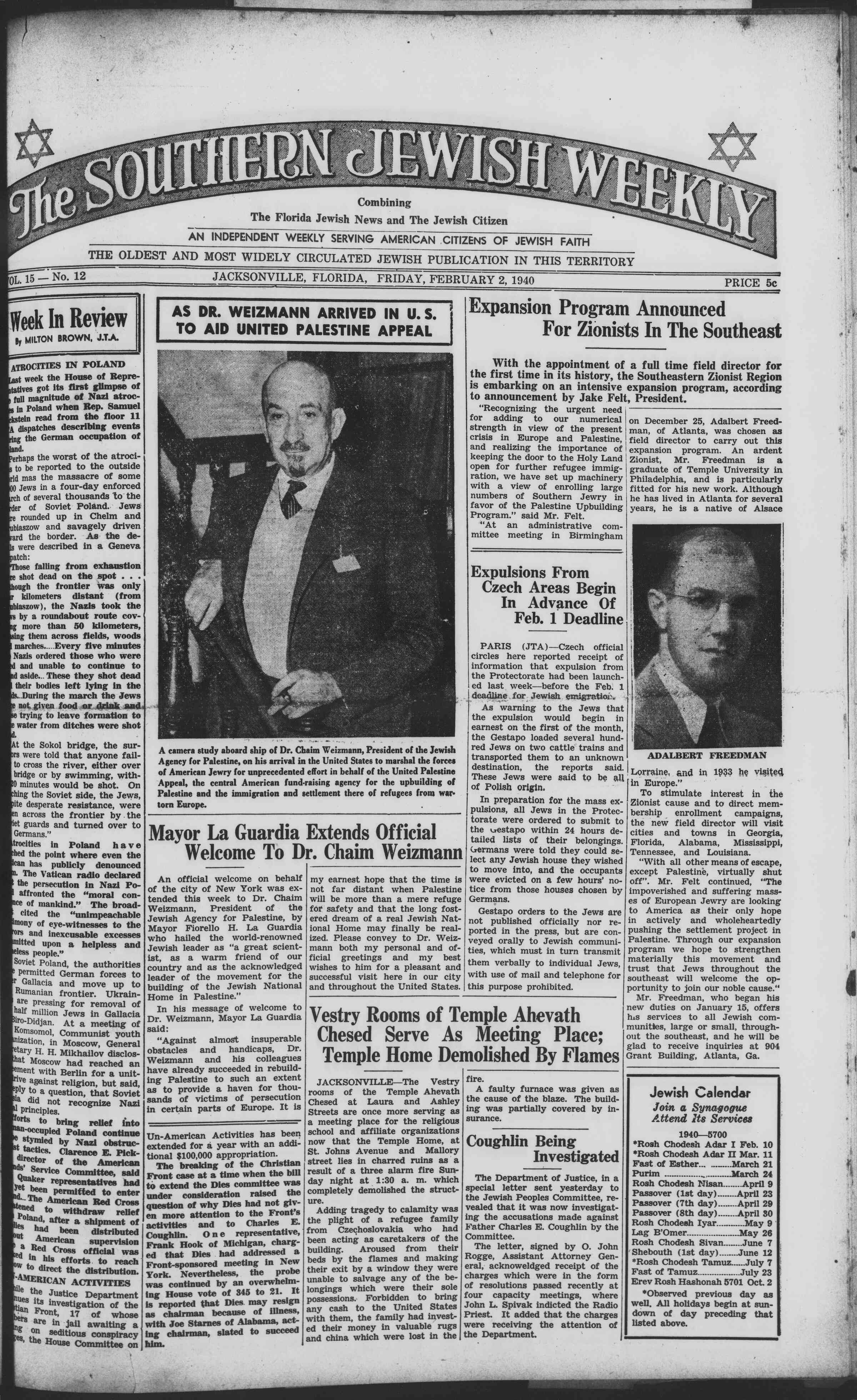 the oldest and most widely circulateeTjewish publication in this territory pTls-- No. 12 Week In Review By MILTON BROWN. J.T.A. ■ ATROCITIES IN POLAND list week the House of Repre- Itotives got its first glimpse of ( juii magnitude of Nazi atroc l in Poland when Rep. Samuel Ebstein read from the floor 11 ■A dispatches describing events Eing the German occupation of Band. ■Perhaps the worst of the atroci- E to be reported to the outside fcld mas the massacre of some no Jews in a four-day enforced Erch of several thousands to the Eder of Soviet Poland. Jews Ee rounded up in Chelm and Ebiaszow and savagely driven Eard the border. As the de- E were described in a Geneva patch: ■Those falling from exhaustion Ee shot dead on the spot . . . bough the frontier was only E kilometers distant (from Ebiaszow), the Nazis took the E$ by a roundabout route cov- E? more than 50 kilometers, ping them across fields, woods E marches... Every five minutes I Nazis ordered those who were p and unable to continue to Bd aside... These they shot dead ■ their bodies left lying in the Ids... During the march the Jews Be not given food or drink and Be trying to leave formation to B water from ditches were shot ■At the Sokol bridge, the sur- Brs were told that anyone fail fl to cross the river, either over ■ bridge or by swimming, with pO minutes would be shot. On Bhing the Soviet side, the Jews, Bite desperate resistance, were Ben across the frontier by the Bet guards and turned over to ■ Germans.” Btrocities in Poland have Bhed the point where even the Bean has publicly denounced B>- The Vatican radio declared B the persecution in Nazi Po- B affronted the “moral con- Bce of mankind.” The broad ly cited the “unimpeachable B mon y of eye-witnesses to the B ors ar *d inexcusable excesses Bmitted upon a helpless and B*less people.” I Soviet Poland, the authorities B Permitted German forces to B r Gallacia and move up to I Rumanian frontier. Ukrain ■ are pressing for removal of ■ half million Jews in Gallacia ■>iro-Didjan. At a meeting of ■ Komsomol, Communist youth Wmzation, in Moscow, General Bf ary H. H. Mikhailov disclos- B* at Moscow had reached an »em ent with Berlin for a unit- E’ e a @ainst religion, but said, B? ly to a question, that Soviet B! a not recognize Nazi B 1 Principles. to bring relief into “An-occupied Poland continue stymied by Nazi obstruc * tactics. Clarence E. Pick- Bri T* tor of the American 5 ® ervlce Committee, said Quaker representatives had m r^ 611 P® ratted to enter Americ an Red Cross p", to withdraw relief 11 ai 1 u1 ' afte r a shipment of >Bt * heen distributed * American supervision M , Cross official was OW tH i ls ef,orts to reach to direct the distribution. •AMERICAN ACTIVITIES n ,. e . a th . e Justice Department til of the Fron t. 17 of whose are in jail awaiting a, r es I” conspiracy > the House Committee on JACKSONVILLE, FLORIDA, FRIDAY, FEBRUARY 2, 1940 AS DR. WEIZMANN ARRIVED IN U. S. TO AID UNITED PALESTINE APPEAL Si .- Jp ffil ML «... J ■ .. Jpifl jfflCTfc. i Mralijgig I JBB HfL I K- f /'■V 4( ~ ‘ V H |i (I A camera study aboard ship of Dr. Chaim Weizmann, President of the Jewish Agency for Palestine, on his arrival in the United States to marshal the forces of American Jewry for unprecedented effort in behalf of the United Palestine Appeal, the central American fund-raising agency for the upbuilding of Palestine and the immigration and settlement there of refugees from war* torn Europe. Mayor La Guardia Extends Official Welcome To Dr. Chaim Weizmann An official welcome on behalf of the city of New York was ex tended this week to Dr. Chaim Weizmann, President of the Jewish Agency for Palestine, by Mayor Fiorello H. La Guardia who hailed the world-renowned Jewish leader as “a great scient ist, as a warm friend of our country and as the acknowledged leader of the movement for the building of the Jewish National Home in Palestine.” In his message of welcome to Dr. Weizmann, Mayor La Guardia said: “Against almost insuperable obstacles and handicaps, Dr. Weizmann and his colleagues have already succeeded in rebuild ing Palestine to such an extent as to provide a haven for thou sands of victims of persecution in certain parts of Europe. It is Un-American Activities has been extended for a year with an addi tional SIOO,OOO appropriation. The breaking of the Christian Front case at a time when the bill to extend the Dies committee was under consideration raised the question of why Dies had not giv en more attention to the Front’s activities and to Charles E. Coughlin. One representative, Frank Hook of Michigan, charg ed that Dies had addressed a Front-sponsored meeting in New York. Nevertheless, the probe was continued by an overwhelm ing House vote of 345 to 21. It is reported that Dies may resign as chairman because of illness, with Joe Starnes of Alabama, act ing chairman, slated to succeed him. my earnest hope that the time is not far distant when Palestine will be more than a mere refuge for safety and that the long fost ered dream of a real Jewish Nat ional Home may finally be real ized. Please convey to Dr. Weiz mann both my personal and of ficial greetings and my best wishes to him for a pleasant and successful visit here in our city and throughout the United States. Vestry Rooms of Temple Ahevath Chesed Serve As Meeting Place; Temple Home Demolished By Flames JACKSONVILLE—The Vestry rooms of the Temple Ahevath Chesed at Laura and Ashley Streets are once more serving as

a meeting place for the religious school and affiliate organizations now that the Temple Home, at St. Johns Avenue and Mallory street lies in charred ruins as a result of a three alarm fire Sun day night at 1:30 a. m. which completely demolished the struct ure. Adding tragedy to calamity was the plight of a refugee family from Czechoslovakia who had been acting as caretakers of the building. Aroused from their beds by the flames and making their exit by a window they were unable to salvage any of the be longings which were their sole possessions. Forbidden to bring any cash to the United States with them, the family had invest ed their money in valuable rugs and china which were lost in the Expansion Program Announced For Zionists In The Southeast With the appointment of a full time field director for the first time in its history, the Southeastern Zionist Region is embarking on an intensive expansion program, according to announcement by Jake Felt, President. “Recognizing the urgent need for adding to our numerical strength in view of the present crisis in Europe and Palestine, and realizing the importance of keeping the door to the Holy Land open for further refugee immig ration, we have set up machinery with a view of enrolling large numbers of Southern Jewry in favor of the Palestine Upbuilding Program.” said Mr. Felt. “At an administrative com mittee meeting in Birmingham Expulsions From Czech Areas Begin In Advance Os Feb. 1 Deadline PARIS (JTA) —Czech official circles here reported receipt of information that expulsion from the Protectorate had been launch ied last week—before the Feb. 1 deadline for Jewish emigration. As warning to the Jews that the expulsion would begin in earnest on the first of the month, the Gestapo loaded several hund red Jews on two cattle trains and transported them to an unknown destination, the reports said. These Jews were said to be all of Polish origin. In preparation for the mass ex pulsions, all Jews in the Protec torate were ordered to submit to the crestapo within 24 hours de tailed lists of their belongings. Germans were told they could se lect any Jewish house they wished to move into, and the occupants were evicted on a few hours’ no tice from those houses chosen by Germans. 9 Gestapo orders to the Jews are not published officially nor re ported in the press, but are con veyed orally to Jewish communi ties, which must in turn transmit them verbally to individual Jews, with use of mail and telephone for this purpose prohibited. fire. A faulty furnace was given as the cause of the blaze. The build ing was partially covered by in surance. Coughlin Being Investigated The Department of Justice, in a special letter sent yesterday to the Jewish Peoples Committee, re vealed that it was now investigat ing the accusations made against Father Charles E. Coughlin by the Committee. The letter, signed by O. John Rogge, Assistant Attorney Gen eral, acknoweldged receipt of the charges which were in the form of resolutions passed recently at four capacity meetings, where John L. Spivak indicted the Radio Priest. It added that the charges were receiving the attention of the Department. on December 25, Adalbert Freed man, of Atlanta, was chosen as field director to carry out this expansion program. An ardent Zionist, Mr. Freedman is a graduate of Temple University in Philadelphia, and is particularly fitted for his new work. Although he has lived in Atlanta for several years, he is a native of Alsace s* AihiS lP?- ■HR 'WiwSßk . '4m -.V fHpr p iwffe •<> / iMmmmmm mralfilP " &*MkSW %% ■ y '^SW^^aEWMHBBaWB» Mir -m: KEF-* %k;:, IF iv mi' F ' : .ggjjyf ■?Sy;fl;'i.fk v . * : £ ifelfe JP&rflisdltly§lß§ al§» JHl^^^^paeaMßK ■ : "\JksOs JBKfgßi3&%asM&ss%sSM Mj ■ 5 ?* 0: ADALBERT FREEDMAN Lorraine, and in 1933 he visited in Europe.” To stimulate interest in the Zionist cause and to direct mem bership enrollment campaigns, the new field director will visit cities and towns in Georgia, Florida, Alabama, Mississippi, Tennessee, and Louisiana. “With all other means of escape, except Palestine, virtually shut off”. Mr. Felt continued, "The impoverished and suffering mass es of European Jewry are looking to America as their only hope in actively and wholeheartedly pushing the settlement project in Palestine. Through our expansion program we hope to strengthen materially this movement and trust that Jews throughout the southeast will welcome the op portunity to join our noble cause.” Mr. Freedman, who began his new duties on January 15, offers his services to all Jewish com munities, large or small, through out the southeast, and he will be glad to receive inquiries at 904 Grant Building, Atlanta, Ga. Jewish Calendar Join a Synagogue Attend Its Services 1940—5700 ♦Rosh Chodesh Adar I Feb. 10 ♦Rosh Chodesh Adar II Mar. 11 Fast of Esther March 21 Purim .. March 24 Rosh Chodesh Nisan April 9 Passover (Ist day) April 23 Passover (7th day) April 29 Passover (Bth day) April 80 Rosh Chodesh Iyar May 9 Lag B’Omer May 26 Rosh Chodesh Sivan June 7 Shebouth (Ist day) June 12 ♦Rosh Chodesh Tamuz July 7 Fast of Tamuz July 23 Erev Rosh Hashonah 5701 Oct. 2 ♦Observed previous day as well. All holidays begin at sun down of day preceding that listed above. PRICE 5c 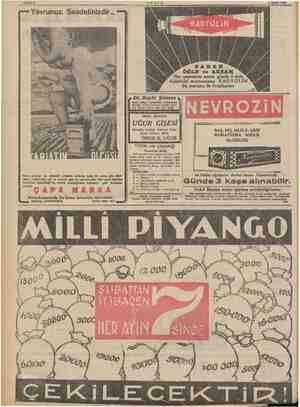 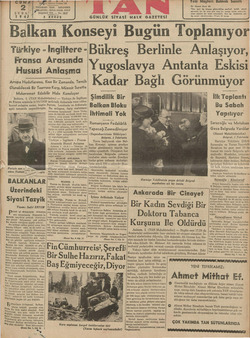 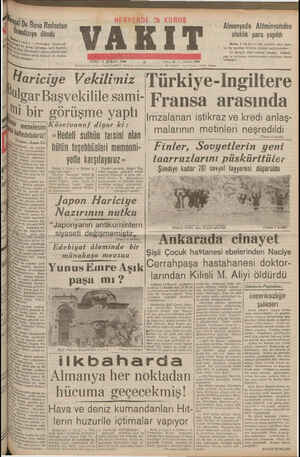 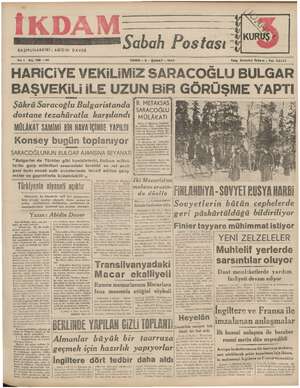 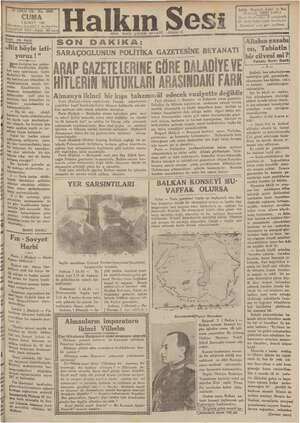 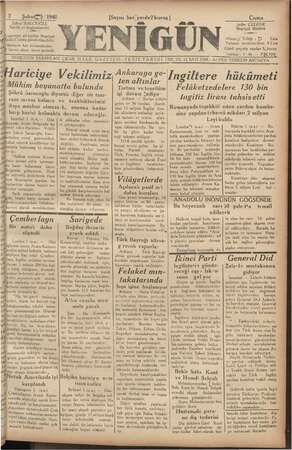 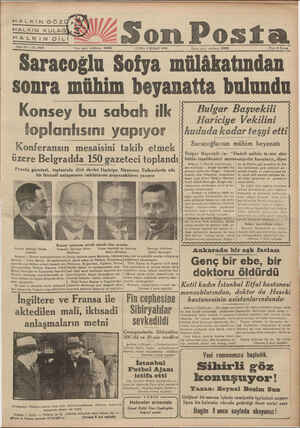 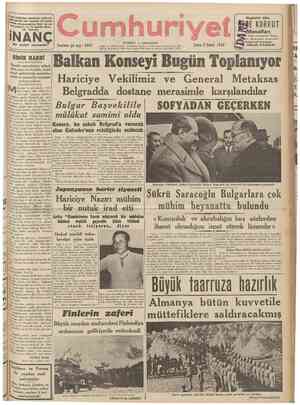 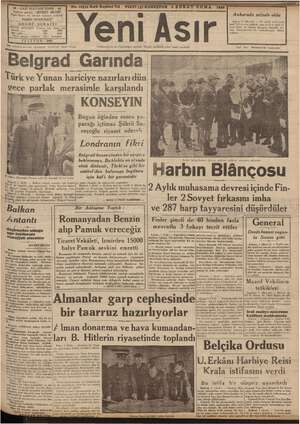 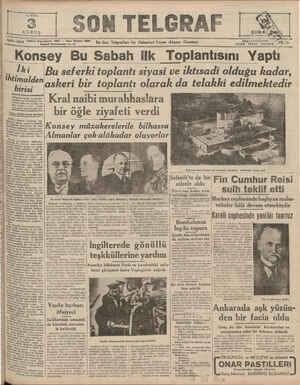 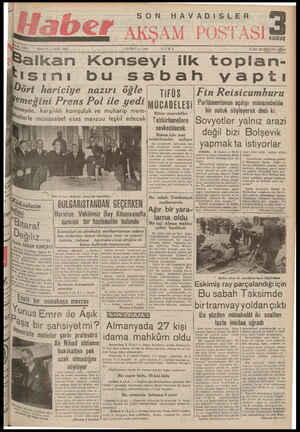 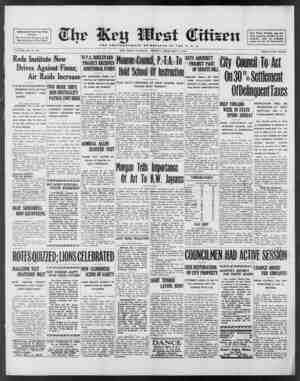 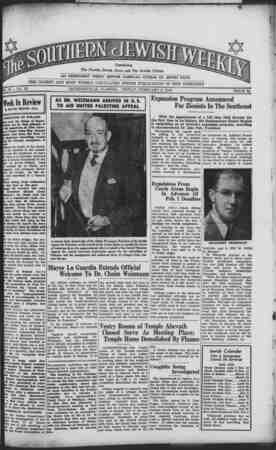 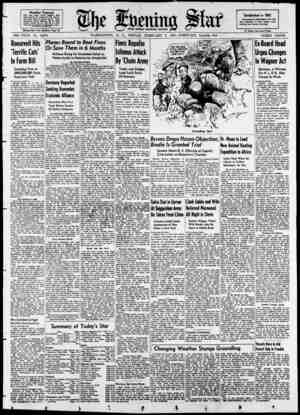