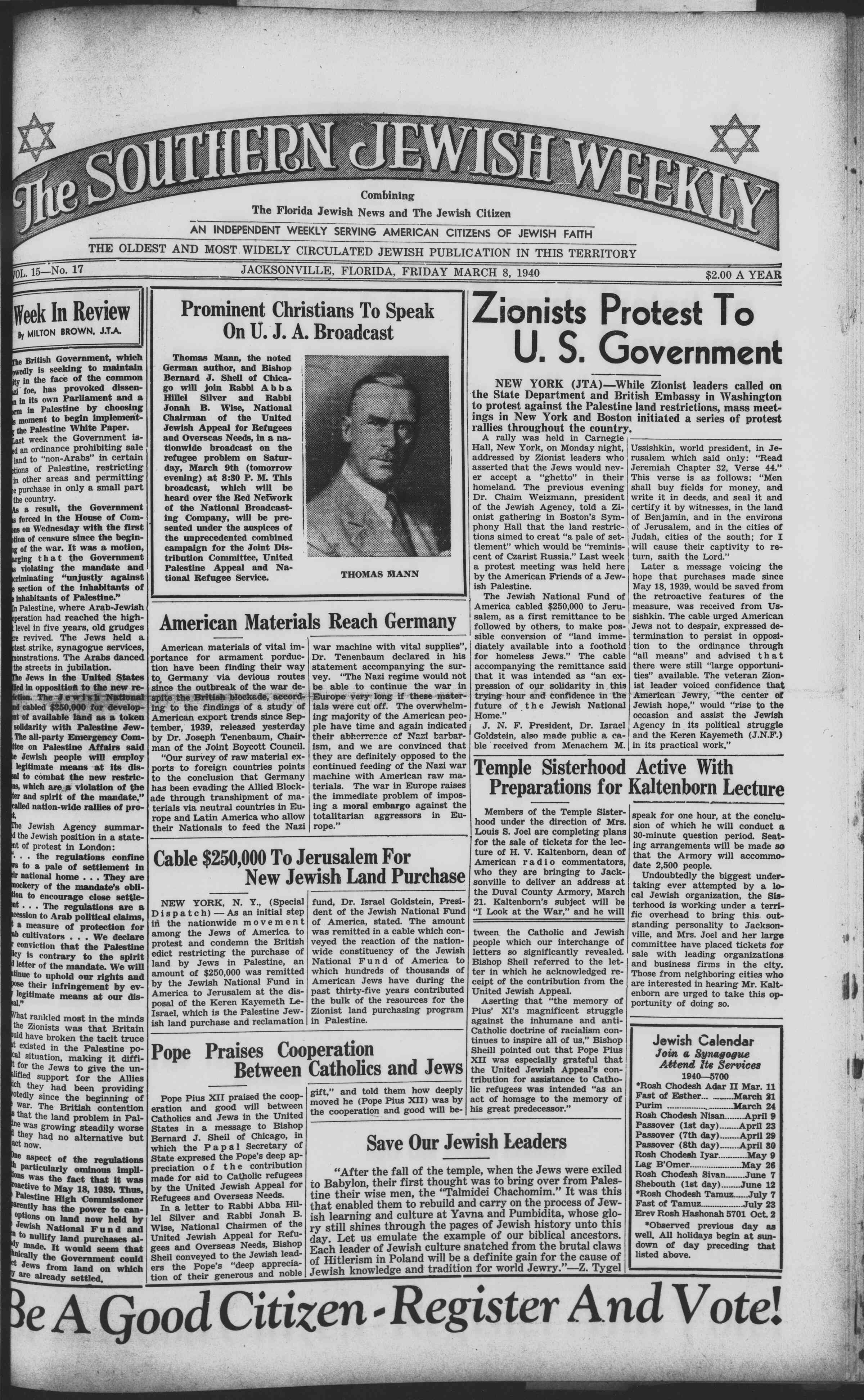 AN INDEPENDENT WEEKLY SERVING AMERICAN CITIZENS OF JEWISH FAITH THE OLDEST AND MOST WIDELY CIRCULATED JEWISH PUBLICATION IN THIS TERRITORY KTIS--No. 17 Peek In Review I Sy MILTON BROWN, J.TA. Kfae British Government, which Kwedly is seeking to maintain Etv in the face of the common WL f oe> has provoked dissen ■n in its own Parliament and a Mnn in Palestine by choosing K moment to begin implement ■ the Palestine White Paper. ■ ast week the Government is- Kdan ordinance prohibiting sale ■ land to “non-Arabs” in certain Btions of Palestine, restricting ■in other areas and permitting He purchase in only a small part ■the country. ■as a result, the Government H$ forced in the House of Com- Hn» on Wednesday with the first Htion of censure since the begin- K<r of the war. It was a motion, Hirging that the Government K violating the mandate and ■criminating “unjustly against He section of the inhabitants of H inhabitants of Palestine.” Bn Palestine, where Arab-Jewish ■operation had reached the high- H level in five years, old grudges Bre revived. The Jews held a Botest strike, synagogue services, Hnonstrations. The Arabs danced ■the streets in jubilation. ■The Jews in the United States Hied in opposition to the new re- Hiction. The Jewish National Hnd cabled $350,000 for develop- Bnt of available land as a token ■ solidarity with Palestine Jew ■ The all-party Emergency Com- Httee on Palestine Affairs said Be Jewish people will employ H legitimate means at its dis- Hsal to combat the new res trie- Hns, which are a violation of the Hter and spirit of the mandate.” ■called nation-wide rallies of pro ■ The Jewish Agency summar- Bd the Jewish position in a state- Bnt of protest in London: H- • • the regulations confine B' s to a pale of settlement in Bir national home . . . They are Bnockery of the mandate’s obli- BHon to encourage close settle s' 11 * • • • The regulations are a ■cession to Arab political claims, B a measure of protection for B*b cultivators . . . We declare B conviction that the Palestine Bj c y is contrary to the spirit W letter of the mandate. We will Btinue to uphold our rights and Bose their infringement by ev- B legitimate means at our dis- Ky W rankled most in the minds ■ the Zionists was that Britain Mr ' lave broken the tacit truce B l listed in the Palestine po- H al situation, making it diffi ■ r ;° r the Jews to give the un- B““ Ied support for the Allies B ch had been providing ■otedly since the beginning of H * ar - The British contention Bf Ulat the land problem in Pal- H n ® Was growing steadily worse V r ey had no alternative but ■act now. H/ e o-spect of the regulations B 5 P ar ticularly ominous impli ■ons was the fact that it was ■"• active to May 18, 1939. Thus, B ales tlne High Commissioner ■•wentiy has the power to can- H j ons °n land now held by ■ Jewish National Fund and t 0E v to n uHify land purchases al- Hhs n ) ade " It would seem that ■ really the Government could ■1 ews from land on which M are already settled. 3e A Qood Citizen - Register And Votel American materials of vital im portance for armament porduc tion have been finding their way to, Germany via devious routes since the outbreak of the war de spite the British blockade, accord ing to the findings of a study of American export trends since Sep tember, 1939, released yesterday by Dr. Joseph Tenenbaum, Chair man of the Joint Boycott Council. "Our survey of raw material ex ports to foreign countries points to the conclusion that Germany has been evading the Allied Block ade through transhipment of ma terials via neutral countries in Eu rope and Latin America who allow their Nationals to feed the Nazi Cable $250,000 To Jerusalem For New Jewish Land Purchase NEW YORK, N. Y., (Special Dispatch) As an initial step iri the nationwide movement among the Jews of America to protest and condemn the British edict restricting the purchase of land by Jews in Palestine, an amount of $250,000 was remitted by the Jewish National Fund in America to Jerusalem at the dis posal of the Keren Kayemeth Le- Israel, which is the Palestine Jew ish land purchase and reclamation Pope Praises Cooperation Between Catholics and Jews Pope Pius XII praised the coop eration and good will between Catholics and Jews in the United States in a message to Bishop Bernard J. Sheil of Chicago, in which the Papal Secretary of State expresed the Pope’s deep ap preciation of the contribution made for aid to Catholic refugees by the United Jewish Appeal for Refugees and Overseas Needs. In a letter to Rabbi Abba Hil lel Silver and Rabbi Jonah B. Wise, National Chairmen of the United Jewish Appeal for Refu gees and Overseas Needs, Bishop Sheil conveyed to the Jewish lead ers the Pope’s “deep apprecia tion of their generous and noble Prominent Christians To Speak On U. J. A. Broadcast Thomas Mann, the noted German author, and Bishop Bernard J. Shell of Chica go will join Rabbi Abba Hillel Silver and Rabbi Jonah B. Wise, National Chairman of the United Jewish Appeal for Refugees and Overseas Needs, in a na tionwide broadcast on the refugee problem on Satur day, March 9th (tomorrow evening) at 8:30 P. M. This broadcast, which will be heard over the Red Network of the National Broadcast ing Company, will be pre sented under the auspices of the unprecedented combined campaign for the Joint Dis tribution Committee, United Palestine Appeal and Na tional Refugee Service. American Materials Reach Germany JACKSONVILLE, FLORIDA, FRIDAY MARCH 8, 1940 - -c*y- HHHHF fv : |. Mißp THOMAS MANN war machine with vital supplies”, Dr. Tenenbaum declared in his statement accompanying the sur vey. “The Nazi regime would not 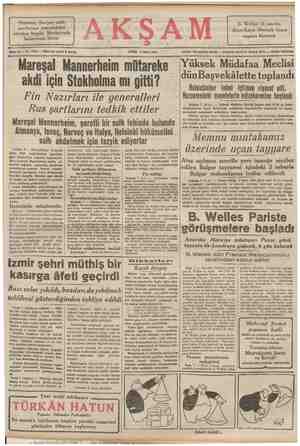 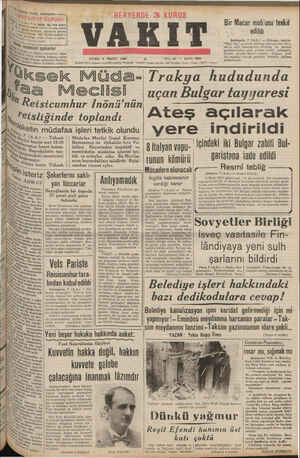 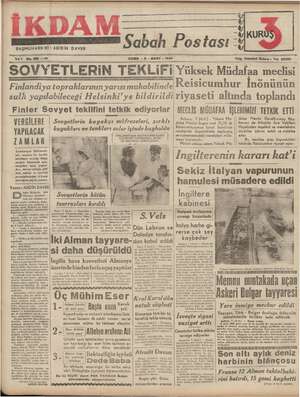 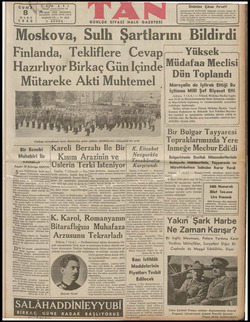 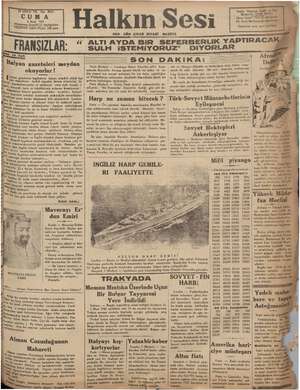 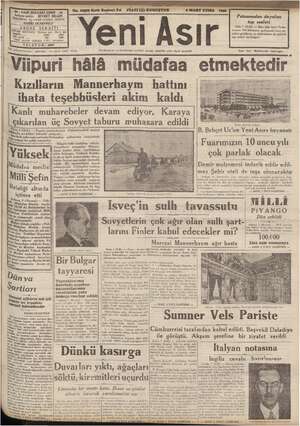 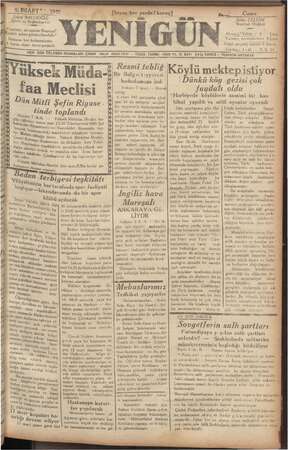 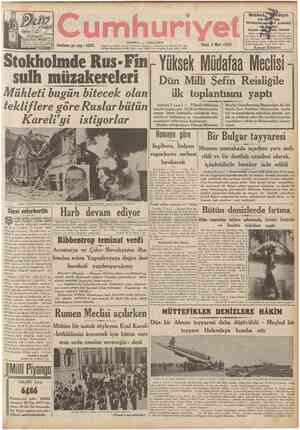 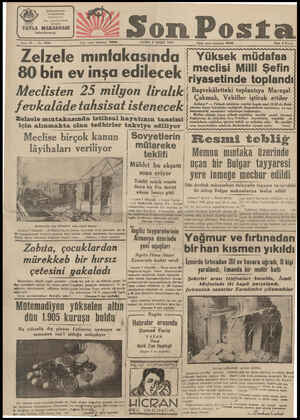 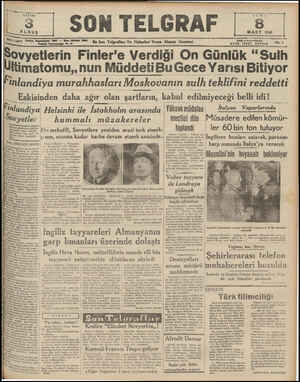 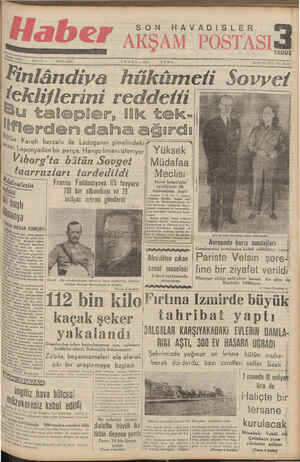 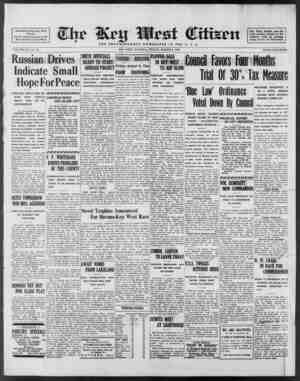 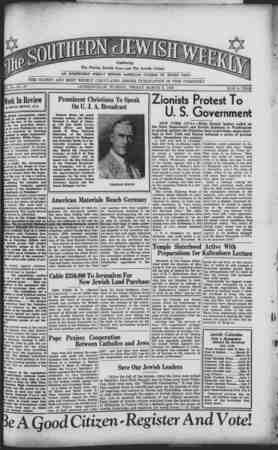 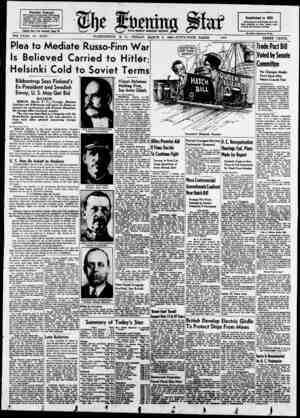